It's all Apples vs. Oranges

Imagine you're a fruit farmer who has a fruit stand. You have only 2 items left, one apple and one orange. There are 4 people milling around your fruit stand ready to buy the items, but you aren't sure how much any of them will pay for the apple or the orange. Naturally, you decide to hold an auction. You will sell the two items of fruit (whole and unsliced) to the 4 bidders. 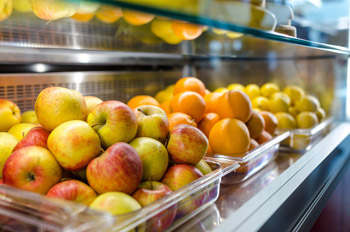 You can see the auction design has influenced the overall demand curve. Because the apple and the orange are substitutes to each other, some bidders may be willing to switch from buying the apple to buying the orange when the price of the apple gets too high, and vice versa. Additionally, though apples and oranges are substitutes, they aren't identical - some bidders will place a higher value on apples than they would oranges.

If this auction would be played out, you would see Alex win the apple at $2.01, and Doug would win the orange at $2.01. Because the maximum Carl would pay was $2 for either fruit, he ended up losing both fruits to bidders who were willing to pay more.

You've just seen a perfect situation for an SMR auction!

Ideal Situations for an SMR Auction

Let's revisit our fruit stand example now. Suppose that you're the fruit farmer and now you only have 1 apple remaining. You are a nice farmer, but you want to maximize the amount of money you can make from this apple. You have the same 4 bidders. However, now you add one change into the auction - you will slice the apple into 6 identical slices. Further, you tell the bidders the maximum number of slices they can buy is 3.

This small change has a big change on the auction dynamics. Instead of offering a single apple that could only be won by a single bidder, you are now offering 6 identical slices of the apple, and limiting the number of slices any single bidder can win. The bidders don't care which slice they win (they are identical), they now only care about the quantity of slices they win. 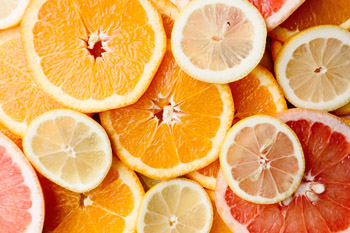 The auction design has again influenced the demand curve of the product. Each item for sale (a slice of apple) is a perfect substitute for each other - this is what we call in the auction business a "commodity". The demand curve for 1 slice is exactly the same as for a different slice. The bidders don't care which individual slice they win because they are identical. In this type of auction, bidders merely bid the number of slices they are willing to buy. As the prices tick up, the number of slices they buy will start to decrease.

You've just seen a perfect situation for a Clock auction!

Ideal Situations for a Clock Auction

Can I Have a Combination of Clock and SMR? 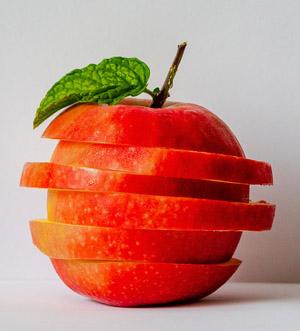 Yes, of course! This type of auction will pop up. Using our example from above, imagine that the fruit farmer wants to sell both his apple and his orange, and he wants to sell his apple in 6 slices, and his orange in 4 slices. As you've learned already, the apple and orange are substitutes, so that points to an SMR design, but the slices are identical to each other, and that points to a Clock design. It turns out that this type of auction is actually quite common in the real world. It's so common that our team performs these more often than any other type of auction.

How Does This Map to the Real World?

By using the apples and oranges example, you should see the difference between a Clock and SMR auction. But how exactly does this map to a real world auction situation? How about a spectrum auction, why do some auctions use an SMR while some use a Clock?

Suppose there is a spectrum auction in a small country like Barbados. The country wants to slice the spectrum into 3 slices in order to promote competition, and each slice will cover the entire country. Each slice is identical to the bidders. You should see right away that this auction design maps to a Clock auction design. (Choosing the actual slice a bidder wins can be done by random drawing or a supplement phase).

Now, let's change our example to use a big country like Brazil. The country wants to respect regional telecommunication firms, and so slices their spectrum into products like "Rio 4G", "Brasilia 4G", "Sao Paolo 4G", etc. The products in this auction are not identical, but they are subsitutes for each other (but not identical - a regional company in Rio has no interest in winning the Brasilia slice, while a national firm like Telefonica would want to win across the entire country). You should see that this auction would be best suited for an SMR auction, since each bidder has a different demand curve for each product.

Ultimately this means "when in doubt, choose SMR". Combining the safety of the auction design with its other beneficial feature (very easy to understand for bidders), the SMR auction design is typically the best for simple auctions for our clients.

We are responsible for a wide range of auctions for national governments and private corporations - everything from pricing 10% of the world's diamond supply to billions of dollars worth of electricity in for states in the United States.

When you are running the most important auctions in the world you have to choose the best auction software provider in the world, Optimal Auctions.

Your message has been sent