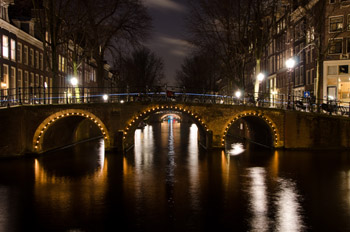 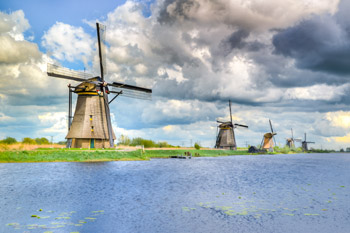 Tell us more about your auction for a customized quote.

This is the simplest format, where 1 product is being offered for sale. The price starts extremely high and ticks down until the first bidder wins. The first bidder immediately wins the product at the price they bid. The major downside of this format is that only 1 product can be sold at a time.

This is likely the format that most people associate with "Dutch Auction" due to its use in the Google IPO in 2004. In this format, there's a predetermined number of equal products available (for example, shares of a company). Bidders then place a bid with a price and quantity. After all the bids are collected, a clearing price is determined where supply equals demand. Every bidder then pays the same price for their quantity bid. The auction format is very powerful and simple to use, but has one major drawback - bidders only get to place one bid. We all learned in basic microeconomics that demand is a curve, not a single point. Why limit bidders to a single bid, when you can offer them unlimited bids? Optimal's Advanced Dutch Auction solves these problems.

This auction format is a variant of the Second-Item Auction, where the bidders AND the sellers place a single bid with a price and quantity. Bidders bid on what they'd like to buy at, sellers on what price/quantity they'd like to sell at. Once all the bids are received from both bidders and sellers, a clearing price is determined where supply equals demand. The buyers all pay the same price, and the sellers all sell at that same price. This format is effective when there are many buyers AND many sellers, where a Second-Item Auction is more effective when only 1 seller is present.

Optimal Auction is the pioneer in this new variation on the Dutch Auction. Building off the shortfalls of the Second-Item Auction, our Advanced Dutch Auction allows bidders to create an entire demand curve, instead of limiting them to a single point. So, a bidder may place multiple bids, creating their curve. When all the demand curves have been created, a clearing price is determined, and all bidders pay the same price for their desired quantity using the demand curve they created. As an example, in the Google IPO, a bidder would be limited to one bid, 500 shares at $90 for example. The clearing price in the Google IPO was $80, and this bidder would have been awarded their desired 500 shares. But wait...this bidder was willing to pay $90 for those shares, so Google just missed out on $10 per share because of the poor auction design. This is also the reason that Google saw such a huge first day pop in their share price, because of the poorly implemented auction rules.

Instead, consider Optimal's Advanced Dutch Auction solution to this problem. This same bidder could have bid 500 shares @ $90, 600 shares at $70, 200 shares @$200, and 1000 shares @20. They've created a demand curve instead of simply a single point. Now, when the clearing price of $80 is determined, this particular bidder would be awarded 550 shares, instead of the 500 they were awarded in the Google IPO design. And, because of the design of this auction format, there would be no 1st day price pop, because demand perfectly meets supply.

Optimal Auctions is proud to announce our new product AuctionGo, which handles all the above mentioned Dutch Auction varieties as well as numerous other auction formats, all bundled in a cloud-based solution. Visit the AuctionGo website for all the details and give us a call to see how you can utilize our new product for your auction or marketplace needs.

We are responsible for a wide range of auctions for national governments and private corporations - everything from pricing 10% of the world's diamond supply to billions of dollars worth of electricity in for states in the United States.

When you are running the most important auctions in the world you have to choose the best auction software provider in the world, Optimal Auctions.

Your message has been sent